Bihar Board releases schedule of 12th Board exams

The exams are set to be conducted in February 2021

by Richa Rani
in News, Reports, Schools
Reading Time: 2 mins read
A A TED NewsDesk, Patna: The Bihar School Examination Board (BSEB) has declared the dates for its 12th Board exams. As per the released time table that BSEB released via a tweet, the exam would take place between 2nd- 13th February. On their Twitter account, BSEB said, 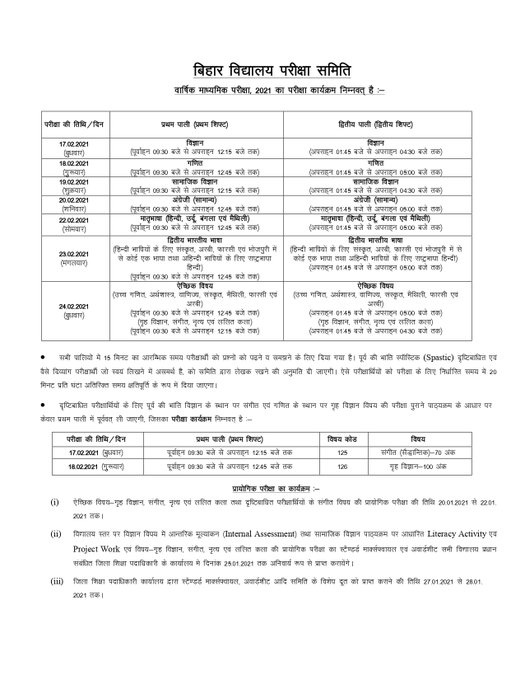 According to the schedule, the exams will be conducted in two shifts: the first shift will start from 9:30 am, and the second shift will begin from 1:45 pm. Additionally, every student will get an extra time of 15 minutes in each shift to read the question papers. Visually impaired candidates will be provided with an aide to write the exams.

BSEB also announced the date sheet for 10th Boards, which are to take place from 17th to 21st February. It should be noted that this year Bihar Board was the first examination board in India to conduct both 10th and12 Board exams. BSEB was also able to declare its results the earliest. Due to its diligence, BSEB was able to escape the COVID-19 induced panic and the subsequent cancellation of respective Board exams across the country.

BSEB has further advised its students to check the official website for any further details on examinations. The website can be accessed here: http://biharboardonline.bihar.gov.in/.